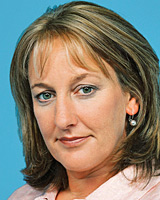 A government agency attempted to exert its influence on the judges of New Zealand’s premier television awards, saying it would be “very wrong” to honour a TV3 documentary.

The Environmental Science & Research’s efforts to discredit the Let Us Spray documentary have been described as “extraordinary” and “out of order”. They also failed: it won Investigation of the Year at the Qantas Awards last weekend.

The documentary, by TV3 reporter Melanie Reid, reviewed decades of dioxin fallout from the Ivon Watkins-Dow chemical factory in New Plymouth, and exposed errors in the Ministry of Health’s dioxin serum study carried out on long-term Paritutu residents.

ESR, with the knowledge of the Ministry of Health, wrote to the Qantas Television Awards in an attempt to discredit Let Us Spray.

Both bodies are already challenging the documentary through the Broadcasting Standards Authority – a process set out in law.

ESR chief executive Dr John Hay addressed the letter to chief judge Paul Norris. The letter read: “It is the ESR’s view that it would be very wrong to award a documentary… that has breached basic standards of the Broadcasting Standards Authority.”

The ministry confirmed on Friday that it was made aware of the letter before it was sent.

The letter, addressed to Norris, was sent to The Conference Company, which handles the awards for the New Zealand Television Broadcasting Council, the independent television industry body.

NZTBC chief executive Justine Wilkinson confirmed that she had received the letter – and written back to ESR rejecting its attempt to become involved in the judging process.

Wilkinson contacted Norris, an experienced broadcaster and head of the New Zealand Broadcasting School, and read him the letter.

“It is really out of order,” Norris told the Herald on Sunday. “It seemed designed to influence the judging process.”

Norris said the letter wasn’t a factor in considering Let Us Spray, which had stuck out as a contender for the prize. Mark Jennings, head of news for TV3, described the approach by the ESR to judges as “extraordinary”.