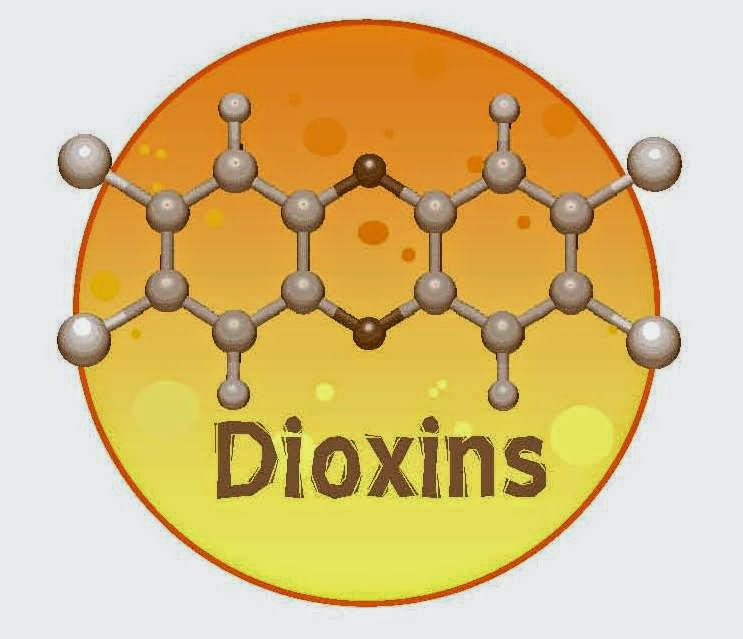 Dioxins and furans are some of the most toxic chemicals known to science. A draft report released for public comment in September 1994 by the US Environmental Protection Agency clearly describes dioxin as a serious public health threat.
The public health impact of dioxin may rival the impact that DDT had on public health in the 1960’s.
According to the EPA report, not only does there appear to be no “safe” level of exposure to dioxin, but levels of dioxin and dioxin-like chemicals have been found in the general US population that are “at or near levels associated with adverse health effects.”
Dioxin is a general term that describes a group of hundreds of chemicals that are highly persistent in the environment. The most toxic compound is 2,3,7,8-tetrachlorodibenzo-p-dioxin or TCDD. The toxicity of other dioxins and chemicals like PCBs that act like dioxin are measured in relation to TCDD. Dioxin is formed as an unintentional by-product of many industrial processes involving chlorine such as waste incineration,*fn01 chemical and pesticide manufacturing and pulp and paper bleaching. Dioxin was the primary toxic component of Agent Orange, was found at Love Canal in Niagara Falls, NY and was the basis for evacuations at Times Beach, MO and Seveso, Italy.
Dioxin is formed by burning chlorine-based chemical compounds with hydrocarbons. The major source of dioxin in the environment comes from waste-burning incinerators of various sorts and also from backyard burn-barrels.*fn02 Dioxin pollution is also affiliated with paper mills which use chlorine bleaching in their process and with the production of Polyvinyl Chloride (PVC) plastics*fn03 and with the production of certain chlorinated chemicals (like many pesticides)*fn04.
Footnotes:
fn01: http://www.energyjustice.net/incineration
fn02: http://www.burnbarrel.org/
fn03: http://www.ejnet.org/plastics/pvc/
fn04: http://www.ejnet.org/toxics/#pesticides